Jeffrey Gibson speaks about his ceramic works featured in Every Eye Open, as part of Roberts Projects participation in Gallery Platform LA, August, 2020.

Jeffrey Gibson fashions his ceramics in the style of early Mississippian culture ceramic “head pots,” paying due to the complexities of American history by accessing a less prominent ceramics tradition. In each piece, we can see his deep interest in prehistoric works, brutalist architecture, fat lava ware and contemporary conversation. These “pots” were historically vessels shaped like human heads, typically male, and the personages depicted were deceased.

A powerful expression of one’s own mortal life, these effigy vessels were typically crafted by hand by the most skilled artisans within Mississippian society. They realistically conveyed a wide variety of details such as hair designs, tattoos, ear and nose piercings, and anatomically accurate facial features. They were additionally decorated with various materials, including feathers or other organic items, when buried. They are considered to be the pinnacle of Mississippian culture ceramics and are some of the rarest and most unique clay vessels to have been produced in North America.

Gibson’s contemporary heads are laden with a dripping, runny glaze. They are unapologetically lush, tactile, oozing almost. They function as the physical manifestation of his paintings. Rendered in different colors, tones, densities and even surfaces, they dominant the senses. With their drippy, colorful glazes and pitted forms, Gibson’s jar-heads look like they’re transitioning from the primordial ooze and are in search of answers. 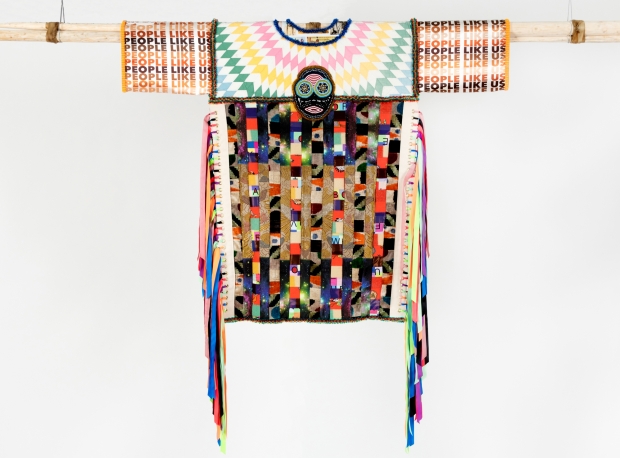