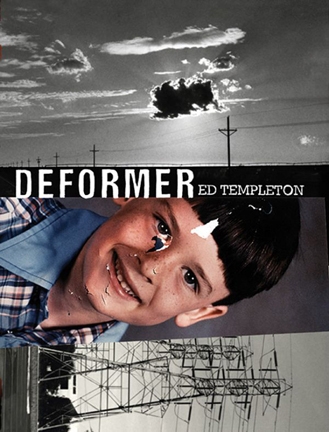 Eleven years in the making and compiling more than 30 years of material, Ed Templeton's scrapbook of his upbringing in suburban Orange County California is a much-anticipated book. Its photographs give a sun-drenched glimpse of what it might be like to be young and alive in the "suburban domestic incubator" of Orange County, conveyed in the idiom of Nan Goldin or Larry Clark (and with a sharp eye for the streets that recalls Garry Winogrand or Eugene Richards). For like his groundbreaking predecessors, Templeton is always a participant in the scenes he shoots. From the Alleged Press series curated by Aaron Rose, Deformer interweaves disciplinary letters from Templeton's grandfather and religious notes from his mother with sketches, snapshots, telling images and the occasional brutal tale, laying out an unresolved narrative that plunges readers headlong into Templeton's chaotic youth and his reliance on art and skateboarding to accommodate its stresses and joys. "Skateboarding allowed me to travel the world, and that showed me that where I live is totally messed up," he observes. "That perspective has fueled me and been a source for my art." Through photographs, stories and ephemera of all sorts from his youth and teenage years, Templeton offers readers an intensely close and personal look at an artist's coming of age. Deformer is also available in a boxed limited edition which comes with a signed and numbered photograph by Ed Templeton.

Ed Templeton (born in 1972) is a professional skateboarder, co-editor of the arts magazine ANP Quarterly, photographer and artist. His work was featured in the hugely successful traveling show Beautiful Losers.