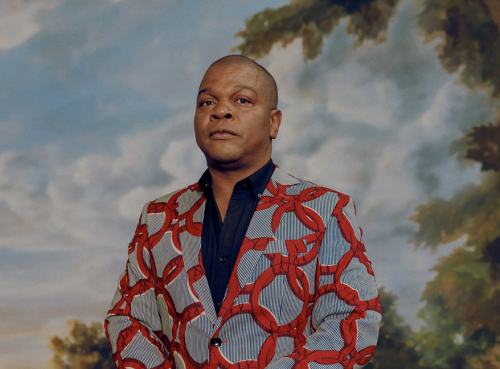 Roberts Projects is pleased to announce TIME named Kehinde Wiley to the 2018 TIME 100, its annual list of the 100 most influential people in the world. The full list and related tributes appear in the April 30, 2018 issue of TIME, available on newsstands on Friday, April 20, and now at TIME.com.  The list, now in its fifteenth year, recognizes the activism, innovation and achievement of the world’s most influential individuals. TIME editors have said of the list in the past, “The TIME 100 is a list of the world’s most influential men and women, not its most powerful, though those are not mutually exclusive terms. While power is certain, influence is subtle. As much as this exercise chronicles the achievements of the past year, we also focus on figures whose influence is likely to grow, so we can look around the corner to see what is coming.”  Image: Kehinde Wiley; photo Micaiah Carter for TIME.