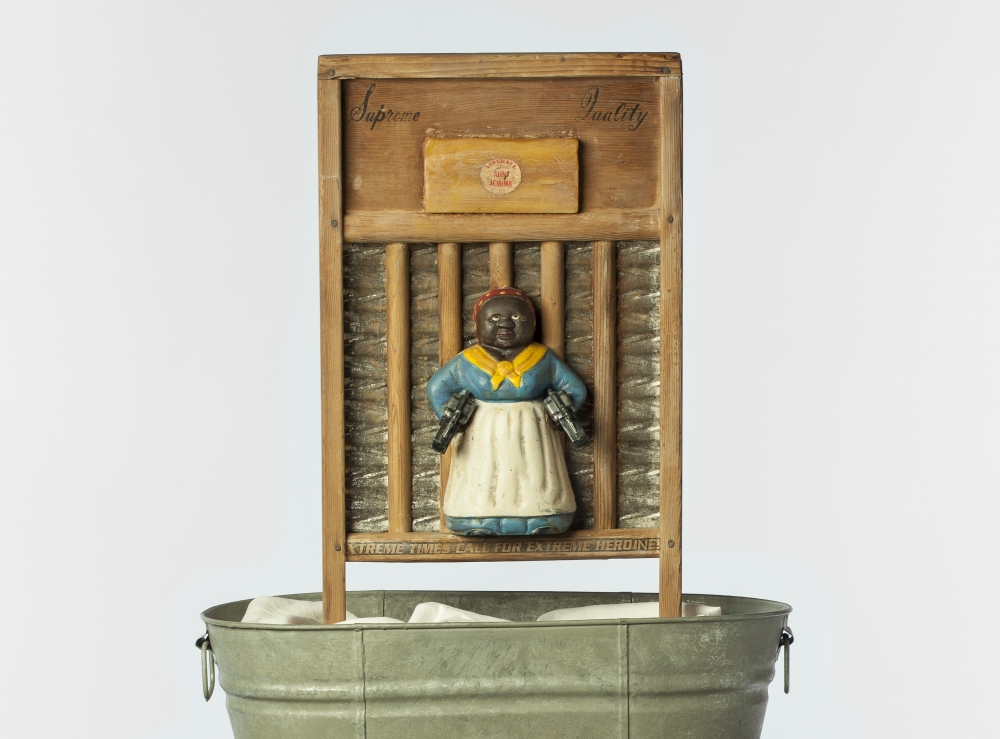 What might look like junk to the ordinary person is magically turned into compelling and memorable works by artist Betye Saar. In the exhibition Betye Saar: Call and Response, an ironing board takes on the shape of a slave ship, a cocktail tray becomes a tool for meditation and discovery, and a washboard—inscribed with “Extreme Times call for Extreme Heroines” and paired with a mammy figure holding guns—becomes a call to action.

In this talk, Professor Kimberly Wallace-Sanders discusses Saar’s use of found objects, specifically how the mammy or Aunt Jemima figures that feature prominently in the artist's work has inspired Wallace-Sanders as a scholar and educator for over 30 years.

Dr. Wallace-Sanders, Associate Professor of American and African-American Studies at Emory University, is the author of Mammy: A Century of Race, Gender, and Southern Memory (University of Michigan Press, 2008), a groundbreaking book that traces representations of the mammy figure from the 19th century to the present. Wallace-Sanders edited the volume Skin Deep. Spirit Strong: Critical Essays on the Black Female Body in American Culture, (University of Michigan Press, 2002), which was nominated for an NAACP Image Award in Literature. She is completing a book called Framing Shadows: Portraits of African American Women with White Children, which will be the largest collection of portrait photographs of its kind. Wallace-Sanders curated an exhibition of the same title at Emory University.