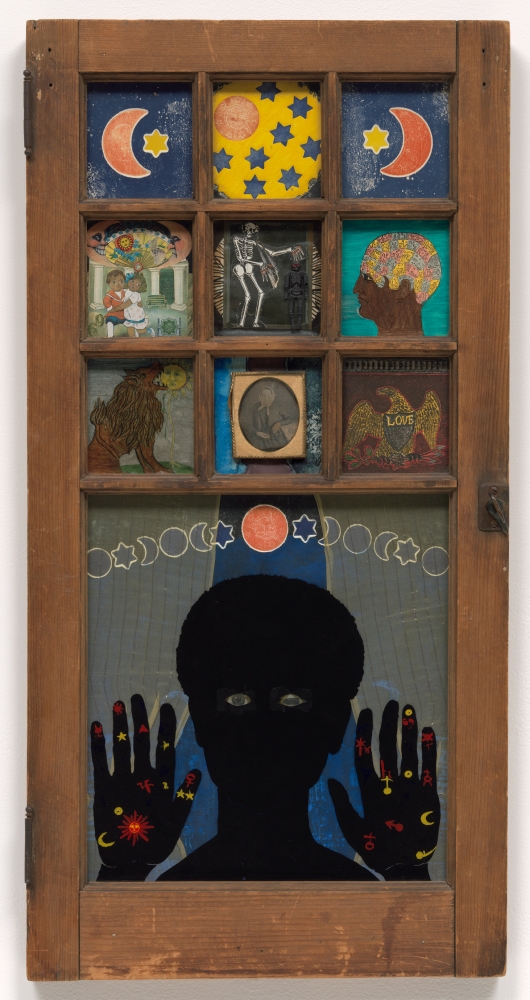 In 1969, Betye Saar made an artwork that would prove pivotal in her career.

Taking an old window frame, she filled its 10 sections with a constellation of images. Across the top three panels, she placed colorful printed moons and stars, evoking the night sky. In each of the six squares that follow she set symbolic figures, including an eagle bearing a shield with the word “love,” a map of a human head according to the pseudoscience phrenology, and a pair of skeletons, one white and one black. Below these, in the bottom half of the window, Ms. Saar painted the silhouette of a black girl, her eyes made from lenticular lenses and her hands — marked with astrological signs — pressed against the glass.

The combined effect is moving and forceful, suggesting a young woman wrestling with the ghosts of the past and the vagaries of an uncertain future. She could be staring out the window and dreaming, or she could be looking at us with an appeal.

Although it’s not stated in the work or its title, “Black Girl’s Window” is a kind of self-portrait. Many of the coded references are personal, mixed with ones that are political and occult. The piece represents a cross section of Ms. Saar’s interests, and signaled the turn her practice would take toward found objects and more overtly political content — the hallmarks for which she is now, at age 93, best known. 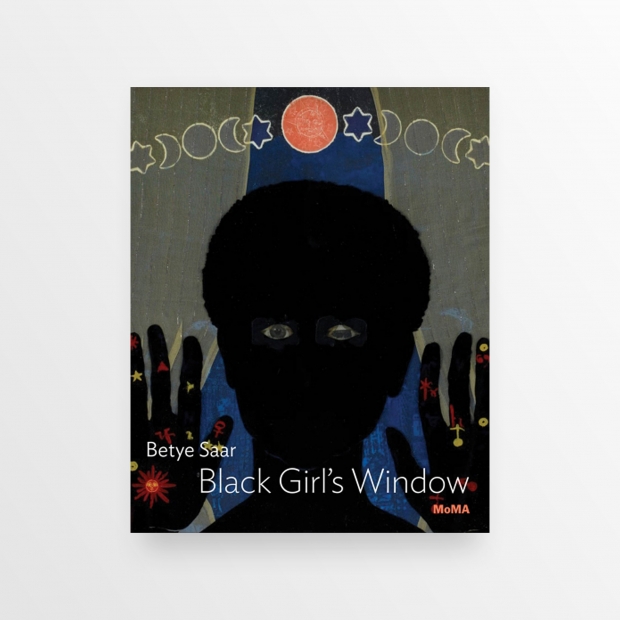