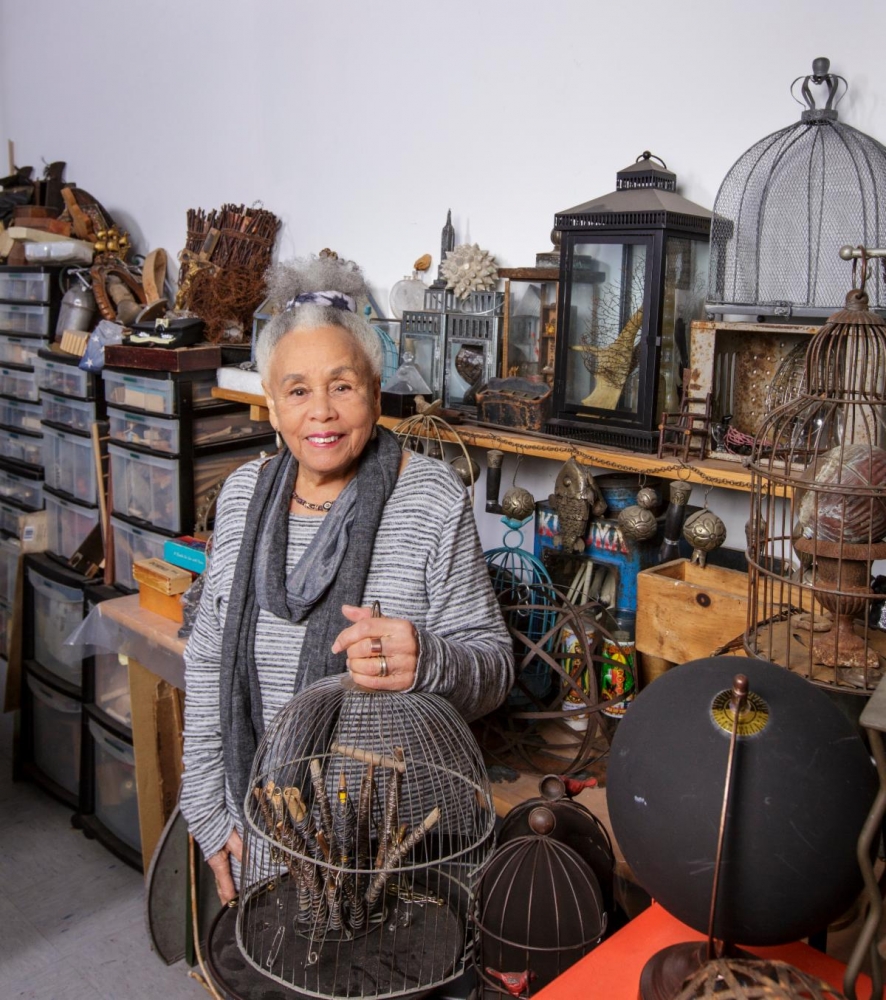 Betye Saar will be awarded the twenty-sixth Wolfgang Hahn Prize from the Gesellschaft für Moderne Kunst. This recognition of the artist, who was born in Los Angeles in 1926 and is still little known in Germany, is highly timely, the jury consisting of Yilmaz Dziewior, director of the Museum Ludwig; Christophe Cherix, Robert Lehman Foundation chief curator of drawings and prints at the Museum of Modern Art (MoMA) in New York; and the board members of the association decided. For more than fifty years, Betye Saar has created assemblages from a wide variety of found objects, which she combines with drawing, prints, painting, and photography.

For more than twenty-five years, the association has been awarding the Wolfgang Hahn Prize and has acquired a work or group of works by the prize winners. "Here the idea of civic participation comes together with the desire to support the museum's vision for the future," says chairwoman Mayen Beckmann. "We are delighted to honor Betye Saar, an artist whose great work is rooted in American art. She will add a previously missing, central position to the collection of the Museum Ludwig, in which many American artists are represented. In her wide-ranging oeuvre-which draws from shamanistic, religious, and philosophical sources, is composed of found items, and is politically motivated by 'black feminism'-she takes us into her own world, which oscillates between dream, memory, and experience."

Dr. Yilmaz Dziewior, director of the Museum Ludwig: "We are very pleased that we will soon have the work of this pioneering African-American artist in our collection. In the United States, Betye Saar has long been known to art enthusiasts. Today institutions such as MoMA in New York and the Los Angeles County Museum devote high-profile solo exhibitions to her. In Europe, by contrast, her work is still far too little known. It is our stated goal to change this and finally give the artist the attention she deserves."

Guest juror Christophe Cherix on Betye Saar: "Betye Saar's work occupies a pivotal position in American art. Her assemblages from the 1960s and early 1970s interweave issues of race, politics, and supernatural belief systems with her personal history. Having grown up in a racially segregated society, Saar has long held that art can transcend our darkest moments and deepest fears. Today, the emergence of a new generation of artists mining her poignant legacy attests to how profoundly Saar has changed the course of American art. The 2020 Wolfgang Hahn Prize not only acknowledges her extraordinary achievements and influence, but also recognizes the need to revisit how the history of art in recent decades has been written."

About Betye Saar
Betye Saar has lived and worked in Laurel Canyon, Los Angeles, for over fifty years. Since 1961 she has had countless exhibitions, especially in the United States. Her early important solo exhibitions include Black Girl's Window at the Berkeley Art Center in California (1972) and Betye Saar at the Whitney Museum of American Art in New York (1975). Saar's latest solo exhibitions in the United States opened in autumn 2019: Betye Saar: Call and Response at the Los Angeles County Museum of Art and Betye Saar: The Legends of Black Girl's Window at MoMA. The Museum De Domijnen in the Netherlands presented her first solo exhibition in Europe (2015), followed one year later by the retrospective Uneasy Dancer at the Fondazione Prada in Milan. Saar has been awarded six honorary doctorates and has received multiple lifetime achievement awards.

About the Wolfgang Hahn Prize
This year marks the twenty-sixth presentation of the Wolfgang Hahn Prize by the Gesellschaft für Moderne Kunst. The award is primarily intended to recognize contemporary artists who have already made a name for themselves in the art world through their internationally recognized oeuvre, but who are not as well known in Germany as they deserve to be. The prize money of a maximum of 100,000 euros comes from contributions by the members and is used to acquire a work or series of works by the artist for the collection of the Museum Ludwig. For 2020 the Museum Ludwig will also contribute funds for the acquisition of an early work by Betye Saar. The prize includes a presentation of the acquired work by the prize winner organized by the Museum Ludwig as well as an accompanying publication. This will be the first German-language publication on Betye Saar.

The name of the award honors the memory of the passionate Cologne collector and painting restorer Wolfgang Hahn (1924-1987), who was involved in various ways with the art of the European and American avant-garde in Cologne. The Gesellschaft für Moderne Kunst is indebted to his exemplary work as a collector, a founding member of the Gesellschaft für Moderne Kunst, and the head of the restoration workshops at the Wallraf Richartz Museum and the Museum Ludwig.

The previous prize winners are: